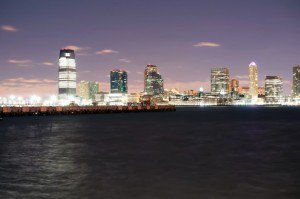 The rules and regulations for how workers compensation is handled for the benefit of workers’ across the nation differ depending on what state you are in. Each year, some of these states adjust the amount of each type of compensation that is allotted. This can often make it hard to keep up with exactly what the laws are in each state. Recently, the New Jersey Compensation Rating and Inspection Bureau opted to increase the workers’ compensation rate for 2016 and onward. What does this all mean and entail, however? Let’s take a look at some information about this latest change…

What does the new rate entail

According to this new announcement, workers who are injured while on the job would be compensated by the system up to 70% of their current wages. However, there would be a maximum cap that could be paid out, which will change year-by-year. Currently, that maximum cap is $871 dollars a week, as opposed to $855 dollars per week in 2015. These adjustments are increasing with the expected cost of living expenses in New Jersey. These rates also do not include the medical expenses that are incurred by the injury that put them out of work, as those expenses are covered separately.

On top of having a maximum amount that is paid out, workers’ compensation also has a minimum rate that a worker can receive. In 2016, this minimum rate will be $232 per week. This means that if less than 70% of a worker’s weekly wage is less than $232, they will still be able to collect the minimum amount, in order to ensure that they are able to survive off of workers’ compensation while they are recovering.

It’s important to note that this latest increase only goes into effect for injuries that happen in 2016. Anyone who was injured before this year is only eligible for payments of the rate that existed on the year that the injury occurred. These workers’ compensation payments currently are not adjusted rises in the cost of living. This marks a stark contrast with Social Security benefits, which are adjusted to match any cost of living increases by using an algorithm called the COLA (cost of living adjustment).

Although people at work can get hurt at any time, any personal injuries occur during the winter season, when the ...
Learn More