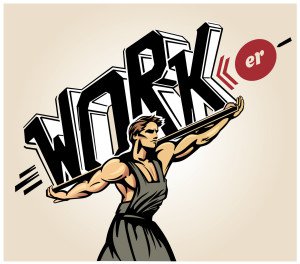 In the workplace today, there are many precautions put in place to make sure that a worker’s life won’t be ruined by accidents on a work site. Companies are a lot more safety conscious now than they have ever been. And, in the case that an accident does occur, there are plenty of laws that protect a worker’s rights and well-being. However, it wasn’t always like this. Workers in the past had to fight hard to get the rights that many of us take for granted today. This was a long evolution to get us to where we are now, but it’s important not to overlook. Here’s a brief history of worker’s compensation…

In 1855, due to the changing nature of the workplace in America, and the beginnings of industrialization, Employer Liability Acts were passed in several states around the country. These laws permitted injured employees to sue their employer if they could prove that an act of negligence was what led to their injury. However, even at their prime, only half of the states ever adopted these laws. Also, if they couldn’t prove negligence beyond a shadow of a doubt, then no financial reward was given.

The first-ever comprehensive worker’s compensation law was passed in Maryland in 1902. These laws were the first time that government began to take a nuanced look at workplace accidents and how they could ruin an employee’s life. Eventually, by 1949, every state in the union had adopted worker’s compensation laws. However, many of these laws were originally voluntary, on the part of the company, making their effects rather hollow. Many at the time believed that compulsory laws would violate the rights of employers, due to the 14th amendment, because laws issued benefits to workers without proof of negligence

What we have today

Today, there is still an issue of underreporting injuries, due to certain employers trying to dissuade employees from reporting the injury. This is an illegal practice, and certainly must be dealt with. However, workers today are much more protected than before these laws existed. Also, employers have experienced more protections, as well, as these laws will protect them from liability in the case of an accident unless an act of negligence caused the injury.